Even the gods sing that the men who are born in this Bhāratavarṣa, which is the path to heaven and liberation, are more fortunate than us gods

I am blessed to be Bharatiya.

Salute to my mother India, whos’ feet are washed by the sea, adorned with Himalaya, she, who possess many Brahmarishis (intellectual sages) and Rajyarishis (king sages)

It is only after many thousand births, and the aggregation of much merit, that living beings are sometimes born in Bhárata as human.

1. Emphasis on Balsanskar and 16 Hindu Sanskar:

P.P Shri Swamiji wishes to imbibe 16 Sanskars of Hindus. These sanskars are scientifically equipped. They enrich a child with virtues and eliminate the vices in the mind and body. Multiplication of virtues and division of vices is the sign of prosperity. With this motive Swamiji started Bal-chetana Shibir and Yuva Chetana Shibir in order to spread awareness about the 16 sanskars of the hindus, Swamiji published a calendar which provides detail information about 16 sanskars.

6. Nishkraman (Leaving home for the first sight of the Sun and the Gods): निष्क्रमण

Swamiji not only gives the speeches on importance of Hindu rituals which are pious, but he practically looks that everybody follows these Hindu customs in their daily routine

1. Sleeping early and waking up before the sun rises

Sleeping early and waking up before the sun rise is the great penance. Swamiji himself has been following this discipline for years. As per Hindu tradition bathing before the sunrise is – Brahma-snan, after the sunrise is – Rakshas-snan. Children participating Yuva and Bal Chetana shibir are trained to sleep early and wake up early at Brahma Muhurta.

If possible, spend some time in Go-Seva (serving Indian cow) daily. Accompanying a cow or Go seva purifies the mind, and the body. Benefits of caring for them are found throughout the scriptures.

Daily once or twice practice of Yog and meditation uplifts the stability and consciousness of mind. Devotees are given a Naam Mantra by Swamiji. For each devotee, it is mandatory to meditate on Naam mantra as a daily practice.

Swamiji insists on having pure vegetarian food in daily diet. Food drives thought process and consequently, the behavior. The food provided to tongue, eyes, ears, nose and skin should be clean and virtuous. These are the means how contamination of human’s inner peace may occur also called thought pollution. More the purified intake of all these senses, every act becomes pious and conscious. A conscious mind attains the ultimate peace in life.

Kadsiddheshwar Sampraday follows the ritual of touching each other’s feet considering everyone as the atman (soul). Devotees religiously follow the teaching of Shri Swamiji Maharaj – Me Atma Ahe (I am that). This diminishes the Ahankar (ego). This is a way to realize the existence of the omnipresent.

This generation is taught that the discovery of gravity is done by Newton but they are hardly aware about the great mathematician and astrologist Aryabhatta who discovered the concept gravity in his treaties ‘Aryabhatiya’ many years before Newton. They know that Vasco da Gama discovered India, but they hardly know that a gujarati trader by name Kanha guided and escorted him from Africa to India. Swamiji desires that if young generation realizes about the kind and noteworthy knowledge our ancient great Indians in Vedic period gained, they will be in awe of our history. Everyone will be proud about the India’s dignified culture. This will strengthen the feeling of patriotism. Swamiji implemented this thought process into a project in Siddhagiri Gramjivan Museum as – Ancient Great Indians. This is an attempt to revive the glorious Indian history from which the young generation has been kept in dark.

4.Inspiration to folk games and arts:

Folk arts and folk games are the representation of the nation’s culture. They preserve the traditions. People can relate these arts and games to themselves as the values, attitudes, goals, practices. Souls of these games and arts are deeply rooted in the soil of this nation. Indians are united and healthy just because of their native lifestyle, festivals, arts and games.

Shri Swamiji Maharaj was a great admirer of Kushti (Wrestling). He used to arrange the competition of Kushti at Siddhagiri Math. The tradition still persists in the realm of Shri Swamiji as of today. Gurukul antyawasi are trained with skill of Mallakhamb and horse-riding. The programs like mega event of Suryanamskar by 10000 people are arranged at the premises of Siddhagiri Math. Truly, air of Siddahagiri inspires everyone to be a part of these folk arts and games.

In any Dindi or procession e.g. Dindi of Kharsai village or of Bagewadi village, Swamiji invites the local artists to perform their skills. These artists include Lezim and Mrudung players. Swamiji invites Daanpatta artists (gauntlet-sword) at Bagewadi every year to present their battle skills. Laathi Khel - Stick fighting artists in procession amaze people by breaking the coconut on a head of a person.

Sanskrit is the mother of all Indian languages. One who begins speaking and listening Sanskrit, his or her pronunciation, thoughts become vivid and crystal clear. The chanting of Sanskrit Mantras is effective in curing one’s disease, creating pious environment around and surges memory power. Swamiji emphasizes on learning Sanskrit. In Yuva-Chetana and Bal- Chetana shibirs, Sanskrit is taught to all children participants. Sanskrit Mantras are recited in Gurukulam early in the morning at the math premises and during worship at the Shivalinga.

People of all ages begin their journey from their own villages to Siddhagiri math, Kaneri, Kolhapur walking. This memorable experience of collective walking journey carrying palkhi is called Dindi (procession). The famous Dindi is the 240 km of palkhi from Pajpandhari village, Ratnagiri to Siddhagiri Math, Kolhapur. The tradition of procession has remained unbroken since it began despite natural or man-made calamities. It strengthens the willpower of devotees and mutual trust of a human beings. It is a way to unite the villages. Social issues and their resolutions can be conveyed in a form of Pathnatya, the beauty of traditional folk arts and games are displayed during the dindi. Swamiji join these Dindis along with the devotees and walk for several days. It inspires and increase enthusiasm of the devotees.

The spiritual and divine values of Siddhagiri Math are nurtured and propogated due the perfect tradition laid down by its Mathadhipatis. The Math celebrates many festivals. Mahashivratri, Shravan Saptah, Guru Pournima, Monthly pournima (Full Moon), Guru Aradhana, Paalkshi Sohala (Procession) in which lakhs of devotees participate. Pravachan, Bhajan, Aarti and Darshan are the main attractions of the devotees on these occasions.

It means completion of sixty years. This Sohala-celebration is performed for oneself on completion of 60 years and beginning of 61st year (61st birthday). Everyone must celebrate their elder ones’ 60th birthday to express the gratitude as these elders have guided us in the right and virtuous path so far and to pray for their healthy and prosperous life ahead. This is reason for a grand family reunion to incorporate an important event in the couple's married life. As a humble token of gratitude, he participates in alms giving much to the satisfaction of everyone in the society. In the celebration, the accent is laid on feeding the poor and the destitute, thus infusing the whole program with social and democratic temper. 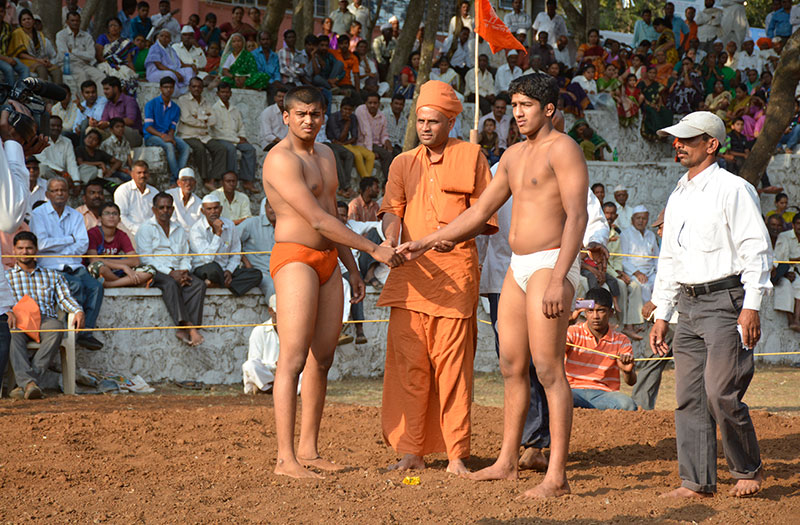 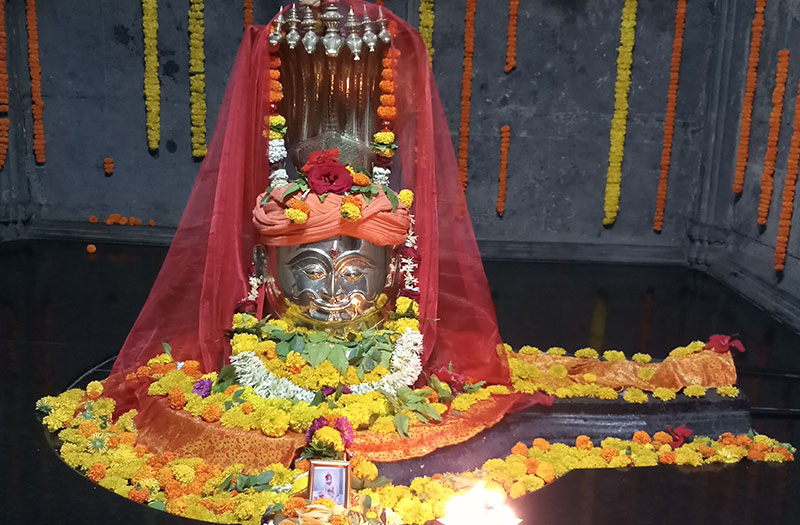 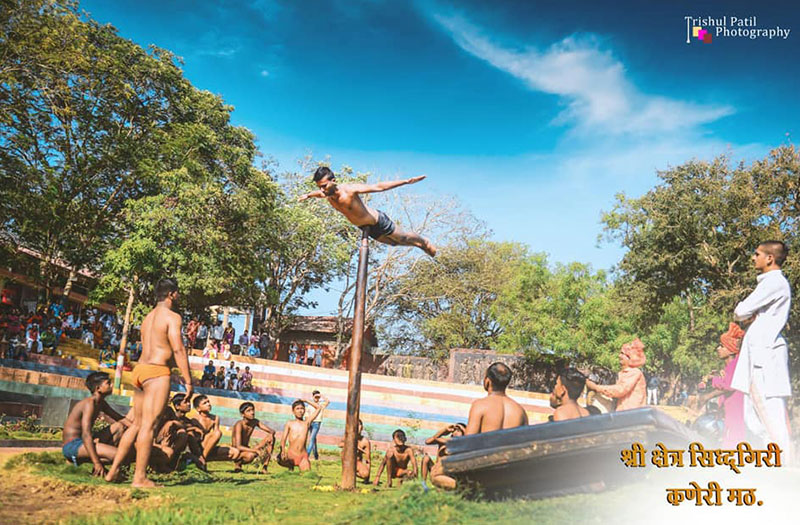 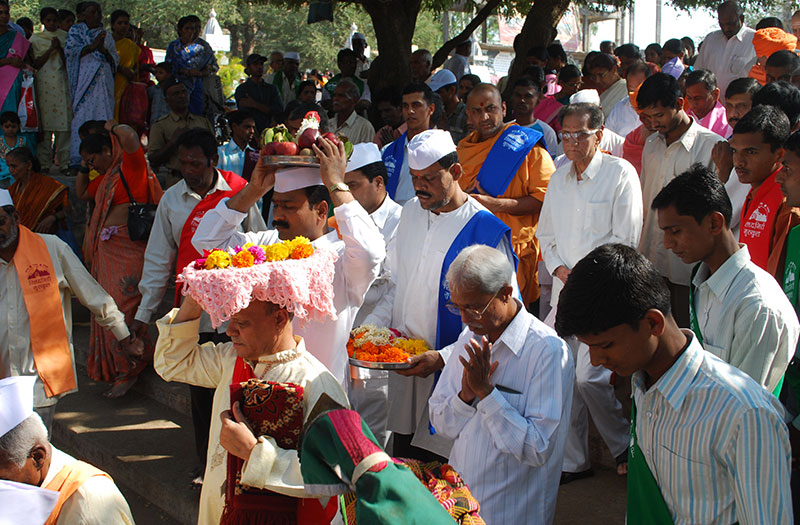 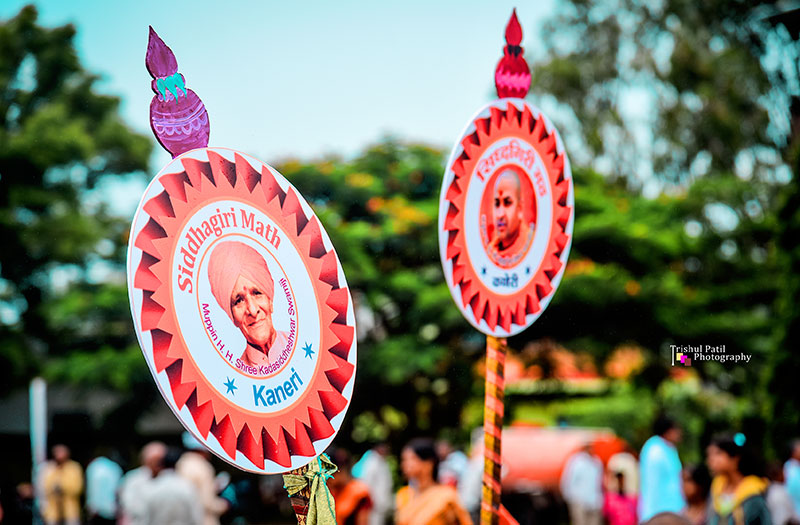 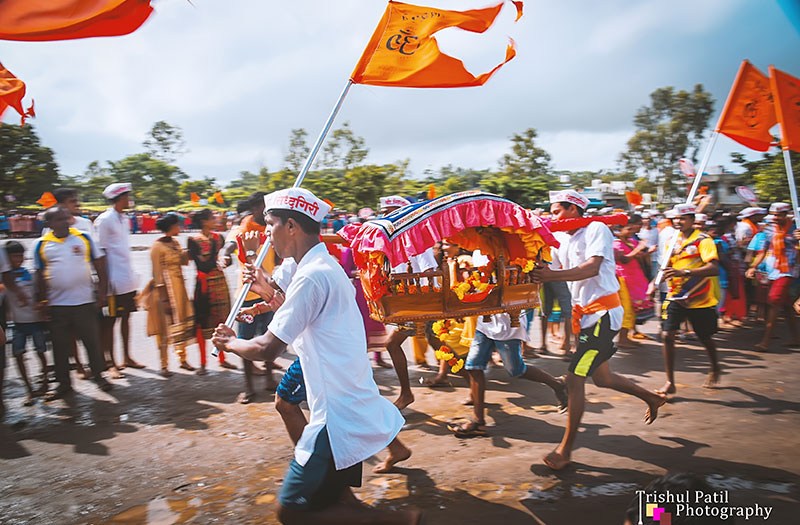 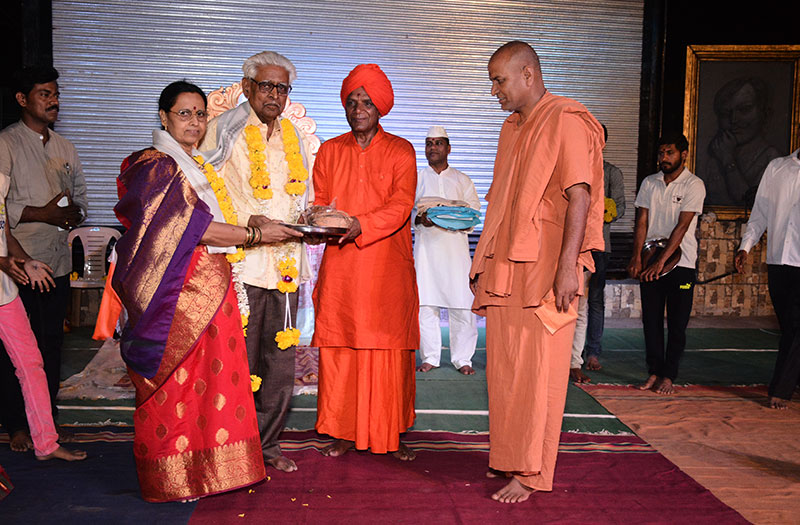 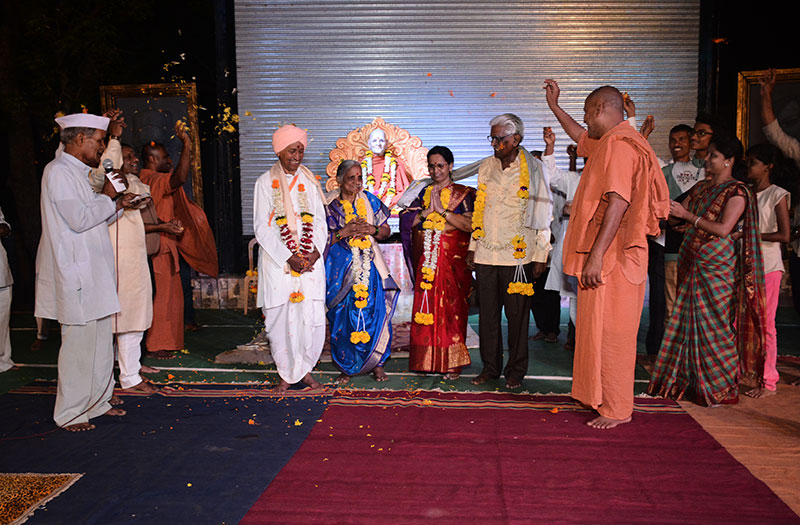 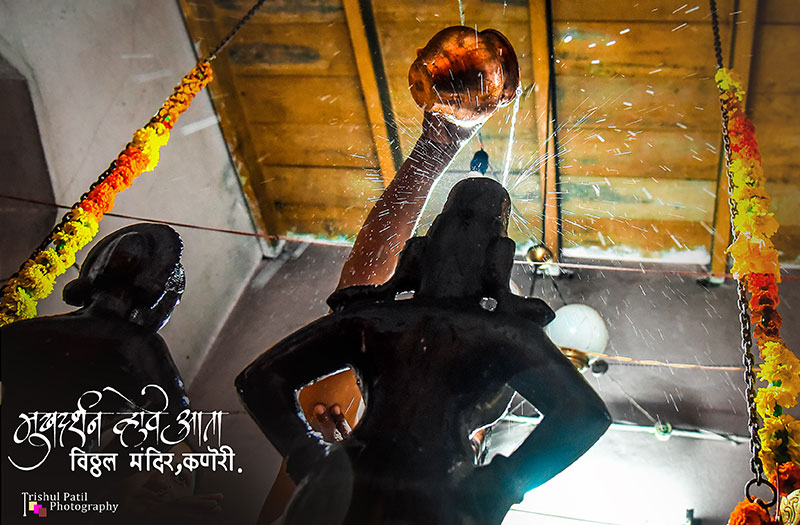 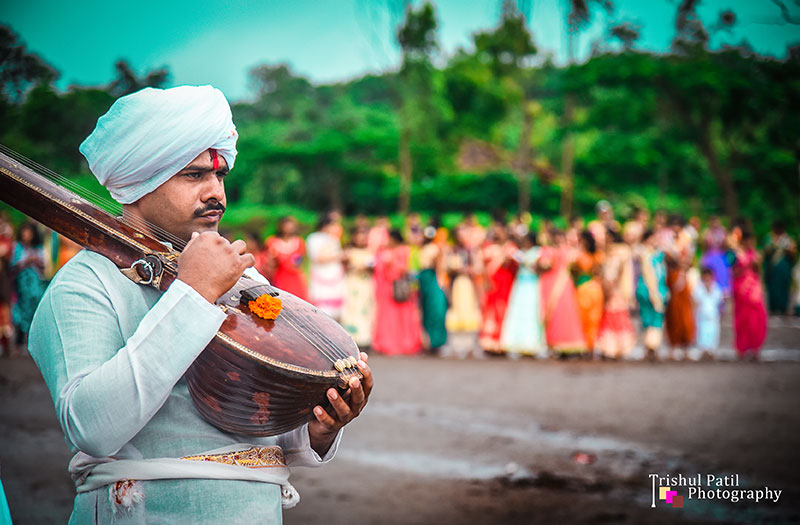 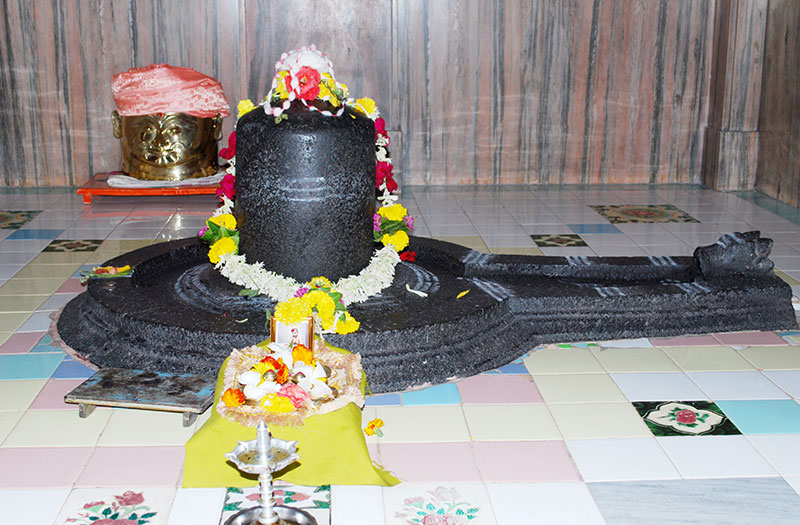 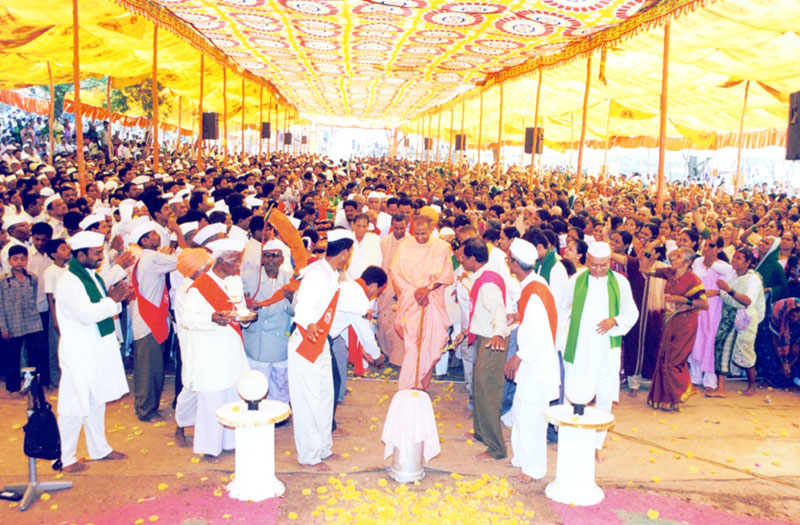